You are here:
Back to Find a topic

Many parts of the Victorian Goldfields were intensively mined for gold in the 1800s and early 1900s.

Various processes were used to extract gold from the rock such as crushing, washing, chemical treatment and roasting. The waste from these processes are often referred to as mine tailings or mining wastes.

Mining wastes from gold processing are a concern to human health and the environment. They can contain arsenic, lead and mercury in high concentrations. Of these metals, arsenic can be present in the highest concentration, and pose the greatest risk.

These metals have the potential to create a risk of harm to human health and the environment if not managed.

Mine tailings and waste are regulated as part of a mining development licence. However, in the past, these protections didn’t exist and environmental damage from poor waste management practices was common. This has led to the ongoing legacy we manage today.

If you live or work in Victoria’s Goldfields region you should be aware of:

Waste rock or mullock is often observed spread out in piles on the surface or buried below the surface. It may also take the form of large boulders. Typically, these rocks have not been processed to a degree where contaminants are at a concentration of concern.

Its presence is a sign that mining may have occurred in the area, and it is commonly found with, or near, mining sands. 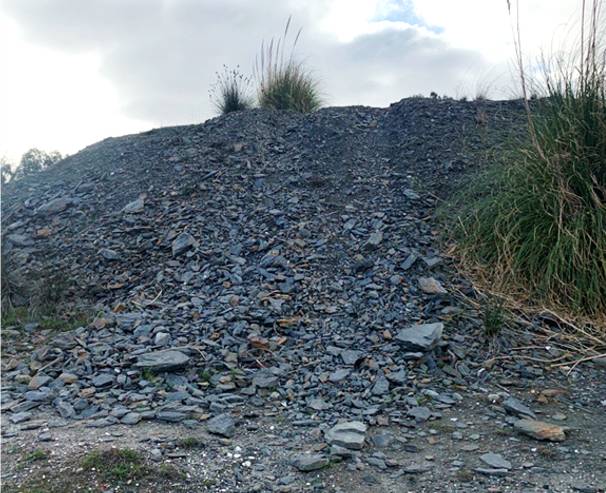 Worked alluvium is the result of historic sluicing or placer mining. Water was used to wash away stream beds or banks to expose alluvial gravels. These were then then flushed through ‘sluice boxes’ to separate any gold. Worked alluvium is the gravel that remained after this process. It was typically returned to the sluiced area or deposited on surrounding land. 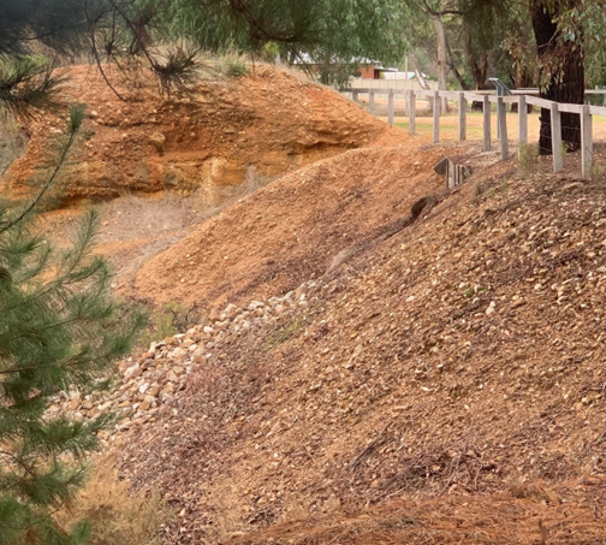 Mining sand is produced when rock has been brought to the surface and crushed. The colour is dependent on the geology of the rock. In the Bendigo region, it is typically grey in colour and has a fine particle size, similar to fine beach sand.

Mining sands have variable levels of arsenic, lead and mercury. This can create a risk of harm to human health and the environment. 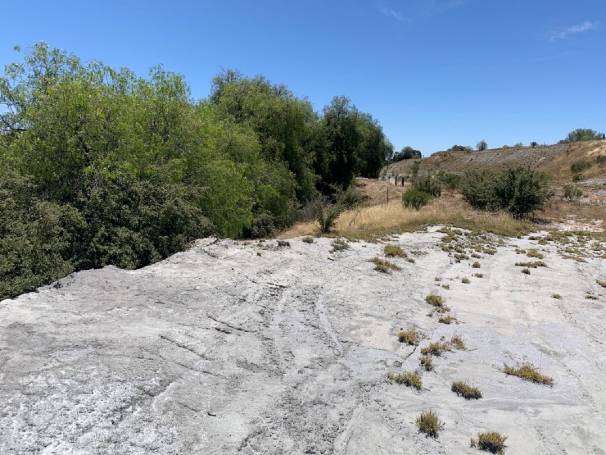 Calcined sand has a similar texture to mining sand but has a characteristic pink-purple-red colour. The calcination process is what gives the sand its distinctive colouring and ash-like appearance. It is often easily distinguishable from the surrounding landscape due to its bright colour. Calcined sands are extremely high in arsenic and are likely to have high levels of lead and mercury, a known risk of harm to human health. 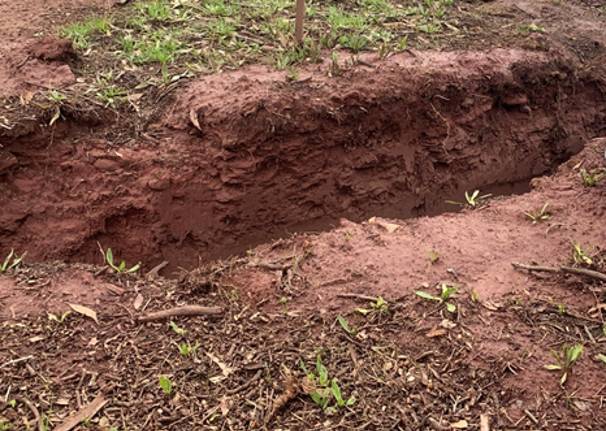 Arsenic and your health

Excavating in the Goldfields region