You are here:
Back to Recreational fishing

Mercury occurs naturally and in very low levels in rocks and soils. It may also occur in some soils and waterways from historical gold mining activities, where it was used to recover gold from the mined, crushed rock.

The Upper Goulburn River (above Lake Eildon), Big River and Howqua River catchments have been associated with historical gold mining (see areas with high mercury levels in maps below). Mercury has been found in river bed sediments and in some fish at these locations. As these rivers flow into the southern parts of Lake Eildon, it is likely that the bottom sediments and some fish species contain mercury.

Testing of fish from Lake Eildon has shown that mercury levels in long-lived fish may be very high. 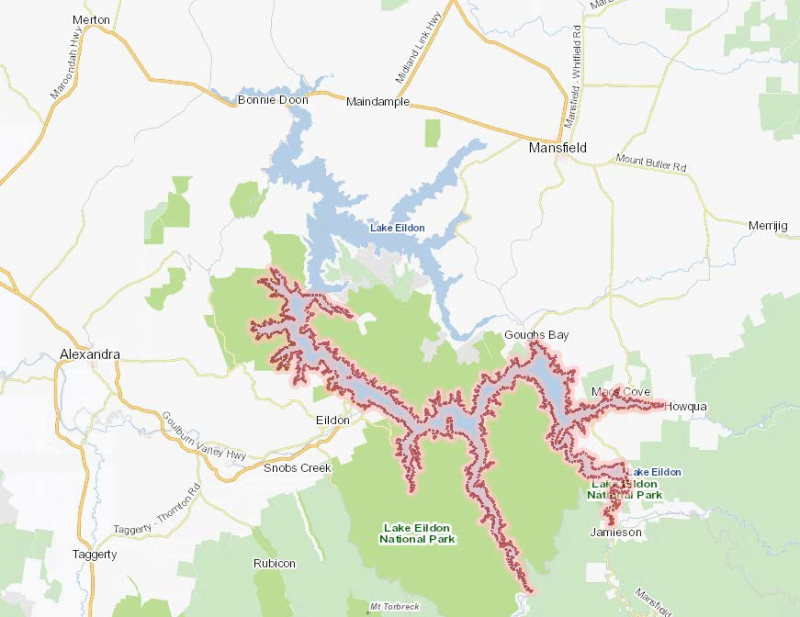 Note: A fork length of a fish is as measured from the tip of the snout to the fork of the caudal (tail) fin.

Redfin are a predatory species that can live for a long time. Redfin caught in the following locations are likely to contain high levels of mercury:

How much fish you can eat

Mercury does not dissolve very well in water. It settles in the sediments of streams, rivers or the bottom of some parts of Lake Eildon. Testing of the water in Lake Eildon at various depths and locations has found low levels of mercury. All results were within acceptable levels for recreational use, including swimming. This also applies to the Upper Goulburn River.

See your local doctor if you or your family have health concerns.

For information about drinking water quality, refer to the Department of Health and Human Services.

Recreational fishing and your health

This page was copied from EPA's old website. It was last updated on 7 December 2017.