You are here:
Back to Incidents 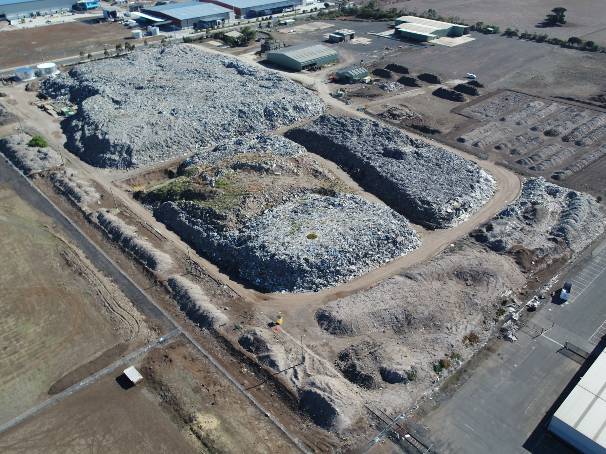 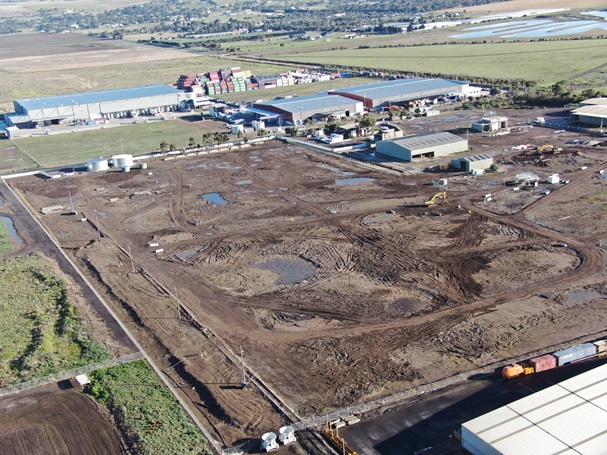 The removal of this waste has eliminated a significant fire risk for the Lara and Geelong communities and for Victoria.

Our role at Broderick Road

In April 2019 EPA stepped in to clean up the Broderick Road site under Section 62 of the Environment and Protection Act 1970 due to the unacceptable risk it posed to the community and the environment in the event of a fire.

There was an estimated 286,200m3 of waste stockpiled at the site.

The site's previous operator had let the amount of waste grow to dangerous levels, resulting in an unacceptable risk to the local community, environment and emergency services in the event of a fire.

EPA’s role at Broderick Road, and the clean up project’s aim, was to mitigate the significant risk of a fire on public safety, human health and the environment.

Following the removal of all waste, the site no longer poses a serious or imminent risk to human health or the environment. EPA will therefore be demobilising from the site in July 2022.

The completion of this project on time, on budget and without any significant incidents, is a huge achievement for EPA, for the site’s contractors and for clean up project’s interagency operations team.

Site safety and future use

EPA, along with an independent waste expert, have tested and surveyed the site to ensure it no longer poses an unacceptable risk to human health or the environment.

EPA and its contractors will demobilise from the site in early July 2022.

The site, and its ongoing use, maintenance, safety and security, remains the responsibility of Price Waterhouse Coopers, who are the liquidators appointed to the company that owned the site (TASCO).

The City of Greater Geelong remains the responsible planning authority for the site. The site is located within an Industrial Zone 2. EPA isn’t aware of any change, or proposed change, to the site’s planning controls.

At the start of the clean up project there was about 286,200m3 of waste stockpiled onsite, including 26,600m3 of timber, 7,600m3 of soil and about 252,000m3 of mixed construction and demolition waste spread across four main stockpiles. The mixed waste stockpiles included:

Removal works included the recycling of about 22,000m3 of timber, 2000m3 of concrete and 70 large tyres. Almost 10% of the overall waste onsite at the start of the project was recycled. The rest of the waste was contaminated with small pieces of asbestos and was therefore unsuitable for recycling. This waste was transported offsite to licensed landfills.

We sampled and categorised all waste removed from the site, to ensure it was handled correctly and disposed of at an appropriately-licensed landfill.

The stockpiles were broken down into smaller zones. An offsite lab analysed waste from each zone. The waste was then categorised for disposal.
Along with an independent environmental consultant we checked each categorisation. The receiving landfill also reviewed the categorisation.

We only removed waste from the site once all these checks were complete and we confirmed the categorisation.

We also tracked all waste to its destination.

During stage one works our contractor processed and chipped about 26,600m3 of timber into mulch.

They then transported the mulch offsite to be used in vegetation works across the region. Timber processing resulted in 85% of the waste in stage one being recycled. The remaining 15% was sent to landfill.

We removed about 7,600m3 of contaminated soil. Contaminants included:

We carefully planned and monitored the operation to remove the soil. A licensed asbestos removalist worked under strict WorkSafe controls to wrap the soil in industrial-grade plastic and transport it in covered trucks to a licensed landfill. An independent, expert occupational hygienist monitored the air for asbestos fibres during the removal works.

The occupational hygienist has provided an asbestos clearance for the land where the stage two soil was situated.

Sampling of stage three waste showed a mix of construction and demolition waste, which is contaminated with small pieces of non-friable asbestos.

We originally planned to recycle a significant amount of this waste.

However, due to asbestos contamination, our contractor transported most of the waste offsite to appropriately licensed landfills.

How we protected the community and environment from offsite impacts

There were a number of controls in place to reduce impacts from the site, including:

In addition to these controls, the waste was:

Works were continually assessed and managed onsite to control any potential dust being produced during the works.

We had security monitoring at the site 24/7 with CCTV and thermal image cameras.

A traffic management offsite impact assessment was conducted. Pre-determined transport routes were designed to avoid vehicles driving through residential or high-use areas that may impact the community.

An independent fire engineer worked with us to provide oversight related to fire and emergency management.

We worked with the contractor onsite to make sure that they work safely and with minimal impact to the local community, businesses and environment.

We sampled and categorised all waste removed from the site, to ensure was handled correctly and disposed of at an appropriately-licensed landfill.

The remaining stockpile onsite was broken down into smaller zones. An offsite lab analysed waste from each zone, and then categorised it for disposal.

We only removed waste from the site once all these checks were complete and we confirmed the categorisation.

We also tracked all waste to its destination.

Throughout the clean up we monitored the air at the site for asbestos. All results were below the asbestos detection limit.

Sampling of stockpiles at the site showed some asbestos contamination of non-friable asbestos.

Non-friable asbestos does not crumble or reduce to dust/powder under hand pressure, and is found in materials mixed with cement, such as tile and pipe.

An independent, expert occupational hygienist supervised these works. Air monitoring was conducted at all site boundaries, at works exclusion zones and in the cabs of machinery.

Works were continually assessed and managed on site to control any potential dust being produced. EPA worked closely with the contractor to monitor the controls currently in place.

All waste containing asbestos was wet down during removal. Contractors transported the waste offsite in EPA-permitted trucks via major transport routes to licensed landfills. Trucks were tracked to their destination.

Asbestos Victoria has more information about asbestos and its safe removal.

Measures were in place to reduce fire risk and manage potential fires while the waste was removed. These included:

We worked with Fire Rescue Victoria to closely monitor the fire risk at the site.

History of the site

City of Greater Geelong (the council) issued a temporary permit for a small recycling facility at the site in 2013.

The operator, C&D Recycling, consistently breached the planning permit conditions. The council worked for several years to have the facility brought into compliance or cease operating.

In 2019, C&D recycling and the site's owners went into liquidation. We used our powers to enter the site and undertake a clean up project in April 2019.

Cost of the clean up

The final cost of the project will be determined once all contractors have demobilised from the site and the project is officially closed out.

In 2020, EPA was successful in a Supreme Court case involving the Broderick Road site.

The Supreme Court win confirmed the liquidators of The Australian Sawmilling Company Pty Ltd (TASCO), Price Waterhouse Coopers (PWC), are the occupiers of the land owned by TASCO at Broderick Road, Lara, and may be pursued for recovery of the clean up costs for the site.

The amount of those costs will be known when the clean up works are completed. Given the limitation placed by the court on the extent of recovery against the liquidators, it may mean that not all of those clean up costs will be recovered.

We’re continuing to work to recover costs associated with the clean up by pursing the site’s former owners, occupiers and other relevant parties. Cost recovery actions are ongoing.

We established an interagency operations team to minimise risks to the community and the environment through coordinated action.

The team included representatives from Fire Rescue Victoria, The City of Greater Geelong (the council), Victoria Police, WorkSafe, Department of Health and the Department of Families, Fairness and Housing.

We worked together to minimise the risk of fire at the site and keep the community safe.

For more information about what’s happening at Broderick Road: